When I first met LAAHLO (in LA, of course), I was very impressed with his music and equally impressed with his kind spirit. Since then, I  have followed his career and I can say I’ve been very proud of him for all he has accomplished and how he has managed to stay just as kind. A while ago, he started posting about new music and his new song with Mike Anton and Crystal Rock called ‘Lightning’. I can say that song is on repeat in my workout/commuting jams.
More recently, LAAHLO has been posting and teasing us with new Spanish language music and I have been wanting to interview him about that, plus his career so far. This felt like the right time to ask him a few questions to introduce him to all of you. Follow him, because new music is coming that you won’t want to miss! And be sure to say hello, you can even tell him I sent you. For now, enjoy our interview and find out why I recommend him…….
Q: Tell us little about you. How did you get into music, what age did you know you wanted to be a singer/performer?
LAAHLO: As a kid, I was always dancing and singing around the house pretending I was onstage. Both my grandfather and great-grandfather were musicians in Mexico, so I like to believe that has something to do with it. I took my first step as a singer at the age of 10, when I started to perform Mariachi songs with my little sister at school talent shows and smaller events in the Dallas area. When I was onstage I felt free, like I could do whatever I wanted to do, at this moment I knew I wanted to be a singer. 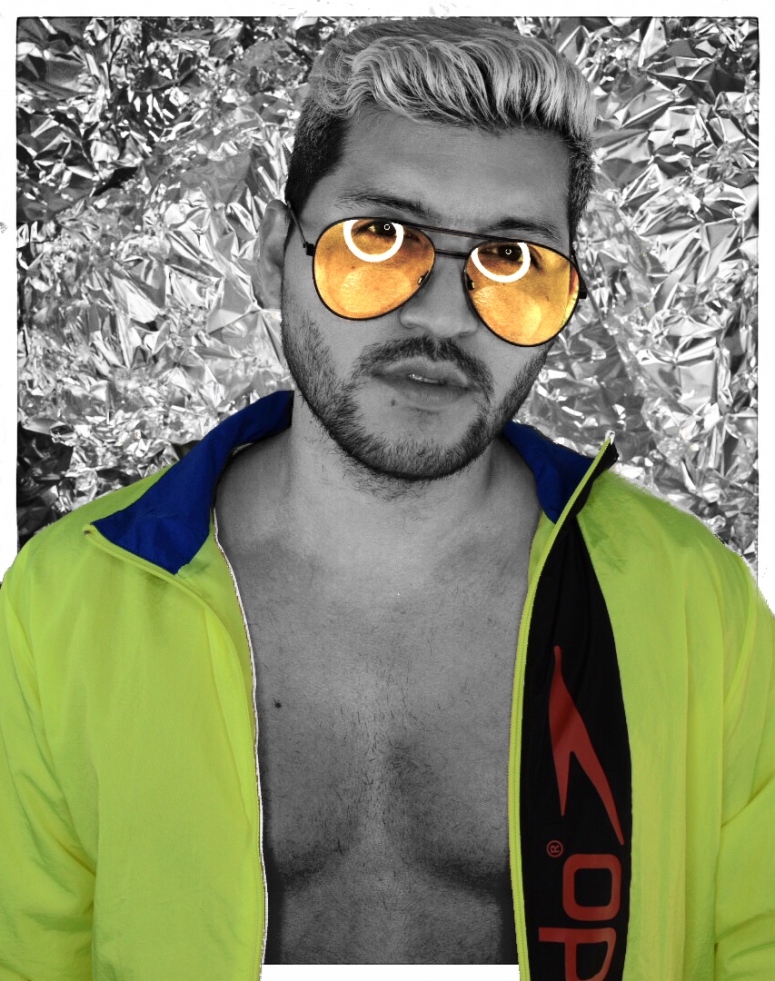 Q: In May, you were on the song, ‘Lightning’ with Mike Anton and Crystal Rock. How did that come about and what was that experience like?
LAAHLO: Well let’s start off with, Instagram is a VERY powerful tool! I commented on one of my favorite singer’s posts, Lil’ Eddie,  while he was promoting his song “Years Without Sunlight” with Mike Anton and Tom Geiss. Next thing you know, I received a DM from Mike asking if I would be interested in doing a collaboration. Of course I said yes, he’s a very talented producer and we started working on music right away. 5 tracks and 4 years later we released “Lightning”. Crystal Rock, who is well known for his remixes was brought onto the song to give it that extra spice. Overall, it was amazing to work with such talented producers and hope we can put out more music together.
Q: You’re about to release some music of your own AND in Spanish. Have you performed or released any Spanish language music before? What made you decide to do so now?
LAAHLO: I actually have, I released “Te Quiero” and a couple other songs off my Debut Album as Tony G back in 2014. I focused on English for a little, but my heart couldn’t take it anymore, I missed singing in Spanish. Overall, I like to incorporate both languages in my music, because it’s a part of my story. I am not fully bilingual in Spanish, but I don’t let that stop me. Selena Quintanilla is one of my biggest inspirations. When I changed my name, I told myself, I want my first release as LAAHLO to be memorable, so I teamed up with Super Producer Daneon (Maluma, Bad Bunny, Karol G) for our song “Nadie Se Va A Enterar”. This reggaeton-vibe dance track was super fun to record and Daneon is a freaking genius to work with. It’s definitely one of my favorites.

Q: Tell us some of the highlights of your music career so far?
LAAHLO: Remember when I said I sang with my sister? Well, we went on to become ASG, a brother/sister singing duo for 18 years and did some pretty amazing events together. Some of my most memorable are performing with Mariachi Vargas, the most famous Mariachis in the world and local morning shows like Good Day Fox 4. I’ve also received support from local radio stations and even did an interview at Children’s Hospital Dallas for the Make A Wish Foundation a couple years ago. This is just the beginning.
Q: What are you looking forward to doing going forward? Any more collaborations? Who would you like to work with?
LAAHLO: Making more music and traveling a lot more. Collaborations? Heck yeah!
Where do I even start, I would love to collab with Timbaland, Play-N-Skillz, J Balvin, Bad Bunny and work with one of my favorite producers Rudy Perez.
Q: What is one thing you absolutely cannot live without and one thing you wish we could all live without?
LAAHLO: Whataburger, yeah I said it. Whataburger, it’s a Texas thing. I wish we could all live without Hate.
There’s too much of it going on right now and it’s out of style, let’s move on.
Q: Describe yourself in three hashtags.
LAAHLO: #Determined #Loving #Hungry
Q: Where can we find you and your music online?
LAAHLO: Spotify, Apple Music, Deezer, Amazon, YouTube, Instagram, Twitter, Facebook, and more.
Q: What’s up next for LAAHLO?
LAAHLO: More singles, collaborations, videos, shows and possibly an album or EP. I really just want to do what I love and hopefully inspire people to never give up on their dreams, even when things get tough. I’m still working towards mine.
Advertisement