I’ve been plugging along in Social Media, Social TV, and Entertainment for a few years now. I’ve been picky about what projects I get involved in and what I lend my name to because I want to make as much of a positive impact as I can. That doesn’t mean I haven’t had a few bad experiences or worked/associated with some people I shouldn’t have, but even that has made me wiser and I hope stronger. Without the not-so-great experiences, I may not have been led to the really positive, amazing ones I have had and am having recently.

Today, I’m musing about a very positive experience and one I have been getting asked about a bit lately. I thought it would be nice to address it in a post so more people could find out about it. Recently, I decided to lend a hand in a TV series I absolutely love and have been watching since season one premiered online. Eastsiders  is a little show that could and a show that has had a huge impact on so many people, including me. As far as the industry is concerned, it is a show that went from a web series, to television (appearing on LOGO), and then to NETFLIX  as well. It has won a Daytime Emmy and has been nominated for multiple awards for everything from writing to acting.

It’s no wonder it has garnered so much award attention. The multi-talented  Kit Williamson

is the writer, creator, and director and he also stars. Van Hansis stars alongside Kit as his longtime boyfriend. John Halbach (Kit’s husband and Eastsiders Producer), Matthew McKelligon, Constance Wu, Brea Grant, and Stephen Guarino also star but just like other favorite shows of mine, they all play an important role in the story. There are so many guest stars that come in, like my friends Jai Rodriguez and Tuc Watkins, Willam Belli, and Traci Lords. Is it any wonder I fell in love with this show?

It begins as a story about the impact of infidelity on a gay couple in Silverlake (another reason I fell in love with the show. It takes place in the places I LOVE) but it becomes so much more than that. At its core, it is about relationships of all kinds and you begin to see that there really aren’t many differences in straight, gay, bi, etc when it comes to relationships and life’s trials. We are all basically perfectly imperfect and that’s okay even if it doesn’t feel okay all the time. I truly believe the show and Kit’s writing are the voice of a community and a generation. It’s a voice I’ve needed to hear, one I think we all need to hear, and it’s my voice too. It’s a voice that is amplified by the passion of the actors and all involved in every episode. It’s one that makes you proud to spell your name LGBT for sure!

One of the wonderful things about Eastsidersis the fact that it has been largely supported by crowd funding and fan support. When I saw the season three Kickstarter campaign, I donated as soon as I could. Then I rewatched season one and two on Netflix and realized I wanted to do more. I needed to be a part of this amazing experience that I’ve been watching from afar. I noticed there was an associate producer spot open and the rest is history.

To make the experience even more interesting and meaningful, a few episodes of season three premiered at OutFest in Los Angeles this past July and I got to attend. I actually got a chance to sit down with, talk to, and celebrate with the cast. Everyone was exactly as I expected them to be and even more! I think I fell in love with each of them and the show all over again. 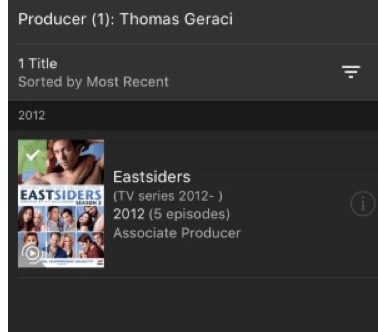 I am actually hoping to do something with them again in the near future and maybe even sitting down with Kit and John for an interview at some point. When Kit asked me what I’ve been up to, I recall saying to him and John, “Life just keeps getting more fun” and I truly hope that continues to be true. I’d also love to continue doing meaningful things that have a positive impact. In the meantime, I am looking forward to Eastsiders season three becoming available to the masses so I can share it with all of you and I look forward to continuing my journey with all of you as well. I can’t tell you how much it means to me to have the support of the people I do via social, in person, and in my travels. I hope you will all extend that support to my new Eastsiders family as well. 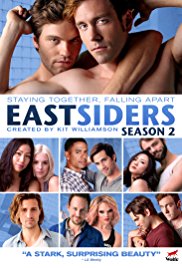